Carbon neutrality is the best thing you can do for a viable future!

It is the moral imperative for every grown human to become carbon neutral.

For those who question the urgency of carbon neutrality, I would like to refer to the UN report from last year, which states how little carbon dioxide we can emit in order to prevent climate change from soon becoming catastrophic. (SR15 IPCC report, Annex 2, p. 108, about carbon budget)

This isn’t an opinion or politics. This is based on the best available science, and it was accepted by most countries. The final report actually understates the emergency of the situation, as it doesn’t take into account some aggravating factors that are difficult to quantify (e.g. the melting of polar ice caps, or the escape of methane from the permafrost).

All we say is to listen to the science and scientists. You either stand behind the Paris Agreement and IPCC, or you don’t. The former means a chance at a livable future, and the latter means a sad fate for the global civilization, and that of your own nation and family.

In this case, there is no middle option. 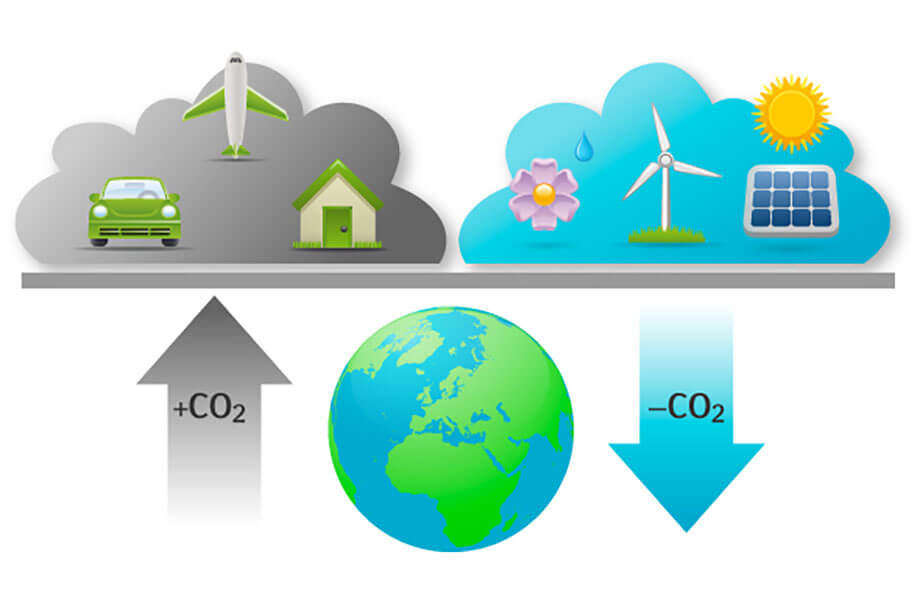 The carbon footprint of individuals may be easily determined based on their everyday activities, like the energy consumption of their home, the miles driven in a year, or the miles traveled by plane, but the GHG emissions from the production of the foods they eat or the items they buy are also noteworthy. Our private carbon footprint can be substanitally reduced by paying attention, and making simple changes in our everyday lives.

Every website emits carbon dioxide (CO2), as websites run on servers, which are powered by electricity. And electricity is produced in power plants, while still more than 80% of it comes from burning fossil fuels (coal, oil and natural gas).